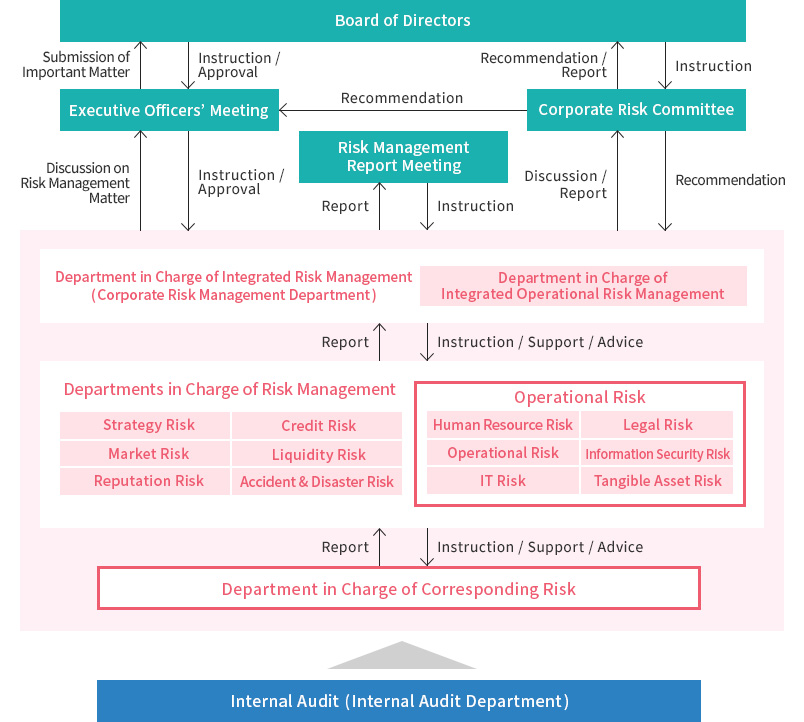 The Acom Group has formulated BCP to ensure the safety of employees and their families in the event of natural disasters such as large-scale earthquakes, the spread of infectious diseases, terrorist attacks and other crisis events, while ensuring that significant business operations are not interrupted or, if interrupted, that they are resumed as swiftly as possible.

As specific activities, we have established two business locations, prepared a crisis management manual and stockpiled food and drinking water to minimize economic losses and loss of credibility.

In addition, we conduct evacuation drills and safety confirmation drills, and once a year we conduct a joint business continuity drill with the MUFG Group to promote cooperation among the Group companies.